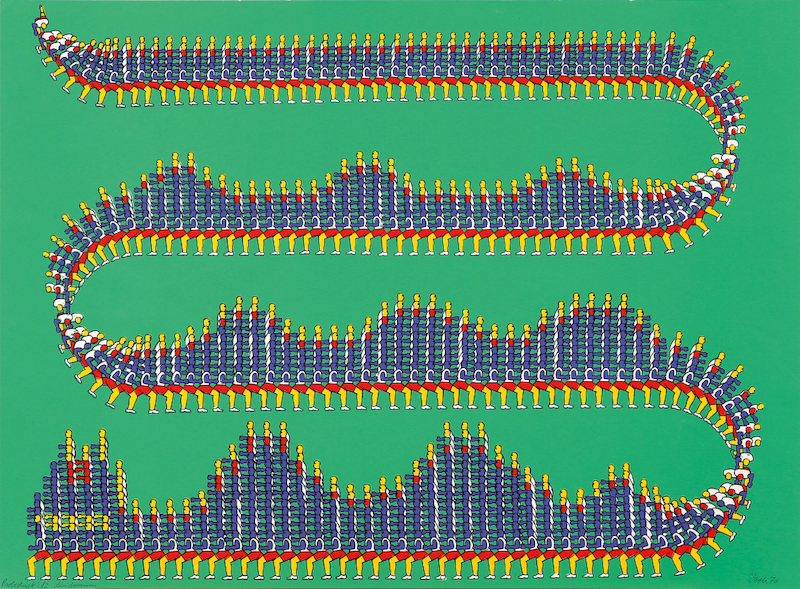 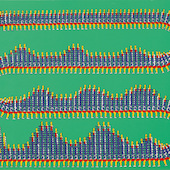 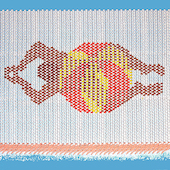 
Structures and series characterize the work of Frankfurt artist Thomas Bayrle. Influenced by Pop Art and the consumer and advertising world of the 1960s, he uses their aesthetics and at the same time questions them. Starting from his original training as a weaver and pattern designer, he makes use of machine possibilities that enable serial work. He is one of the first German artists to use computers to create his works. His detailed and precise works often have an ornamental character due to the repetitive structures.

He has exhibited regularly nationally and internationally since the 1960s. His works are in the collection of the Museum Ludwig, Cologne, the Deutsche Nationalgalerie, Berlin, and the Museum of Modern Art, New York, among others.

1956 - 1958
Apprenticeship as pattern draftsman and weaver

1958 - 1961
Study of commercial art at the Werkkunstschule Offenbach

1961
Founding of Gulliver Press with Bernhard Jäger in Bad Homburg