The Kunsthalle in Cloppenburg, Werner Berges' hometown, will be showing the exhibition "50 works from 50 years" from November 6th thru January 8th, 2017. The artworks for this show , of which several have not been presented to the public for years, are all from collections in the region. Prof. Dr. Ulrich Krempel will speak at the opening. 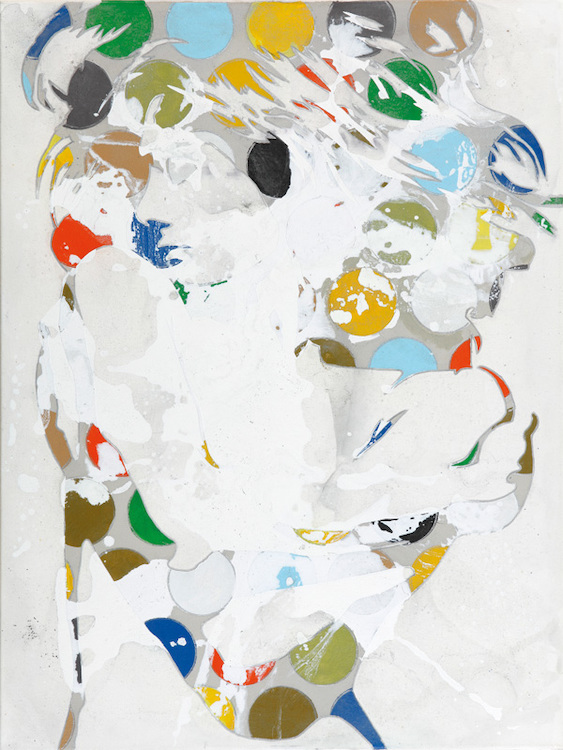 
From October 16th thru November 20th, 2016 the exhibition "Marion Eichmann - next step" can be seen in the Municipal Gallery in the Old Townhouse in Lahr. More infos here. 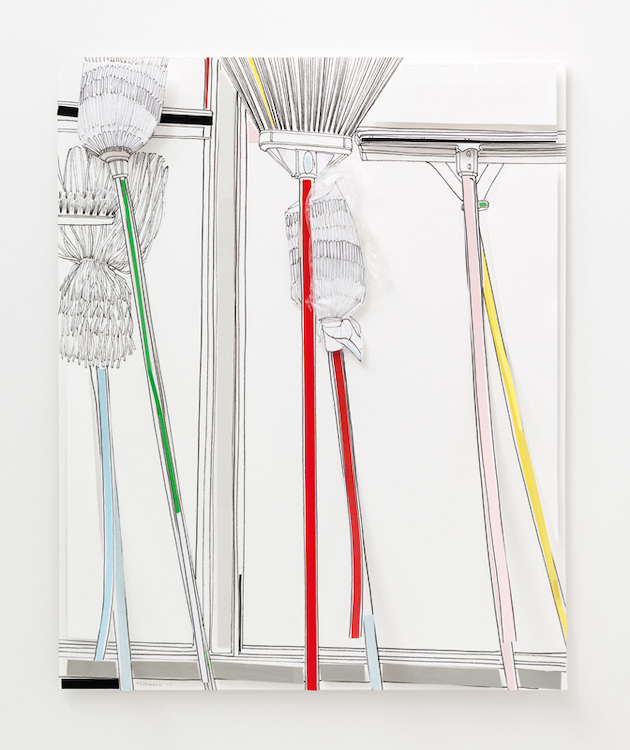 
The ORF visited Konrad Winter at his studio in Salzburg on the occasion of his current exhibition at Galerie Frey. 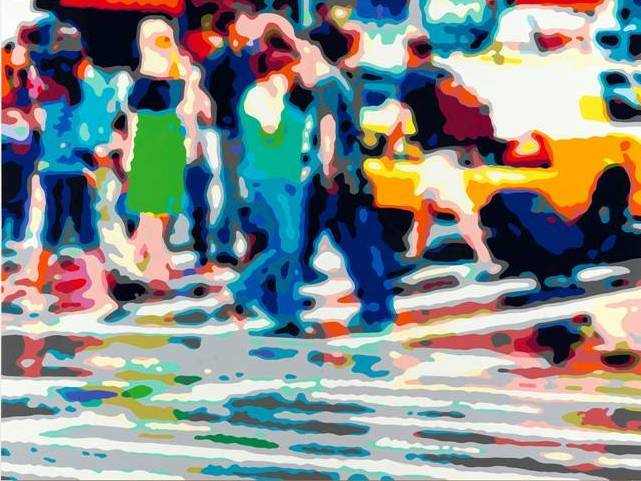 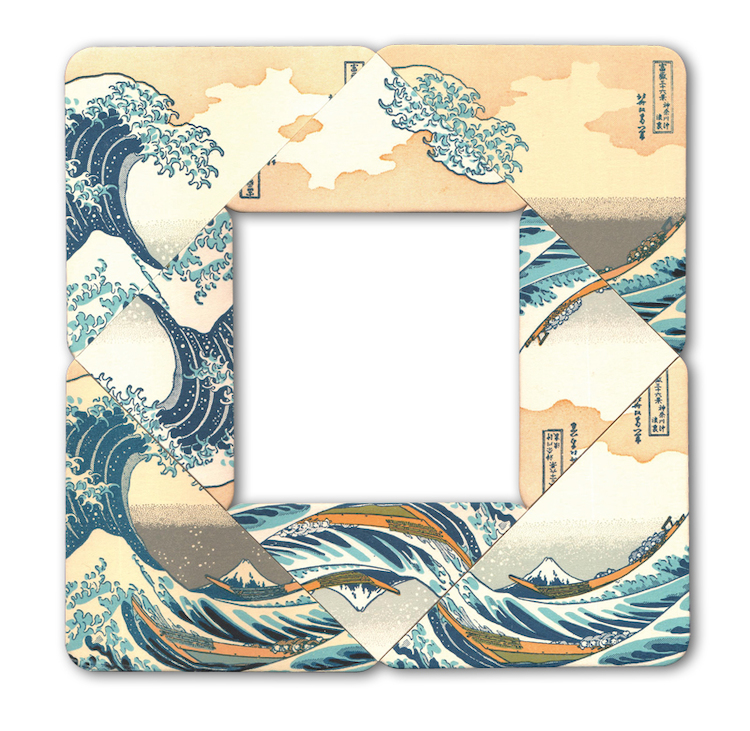 30 years of the spray banana


The Osthaus Museum in Hagen is devoting the exhibition "30 years of the spray banana" to the life and work of Thomas Baumgärtel, aka "the banana sprayer". Works from different periods can be seen in this exhibition: from his metamorphoses of the banana to banana pointilism to his sprayed x-ray paintings. September 30th, 2016 - January 15th, 2017. For more infos see here. 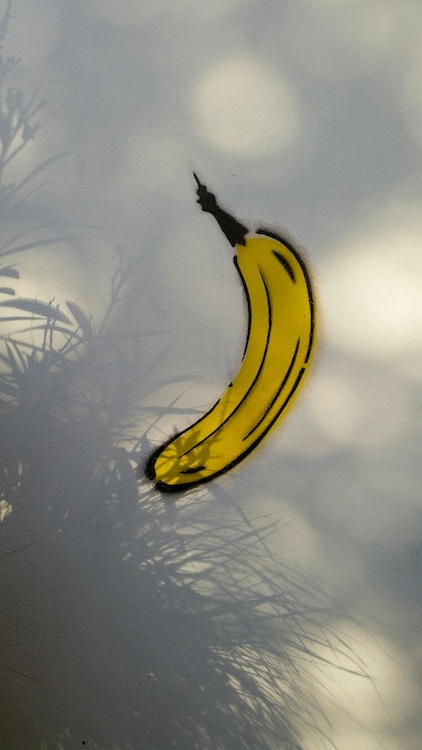 
"Cologne has an underground" is the title of this painting by Konrad Winter and at the same time the title of his exhibition in Vettelschoss near Cologne. The show at Studio Michael Royen will run till September 29th, 2016. Opening hours on the weekends from 2:00-5:00 pm, Thursdays from 2:00-6:00 pm and on appointment: Willscheider Weg 2, 53560 Vettelschoss. 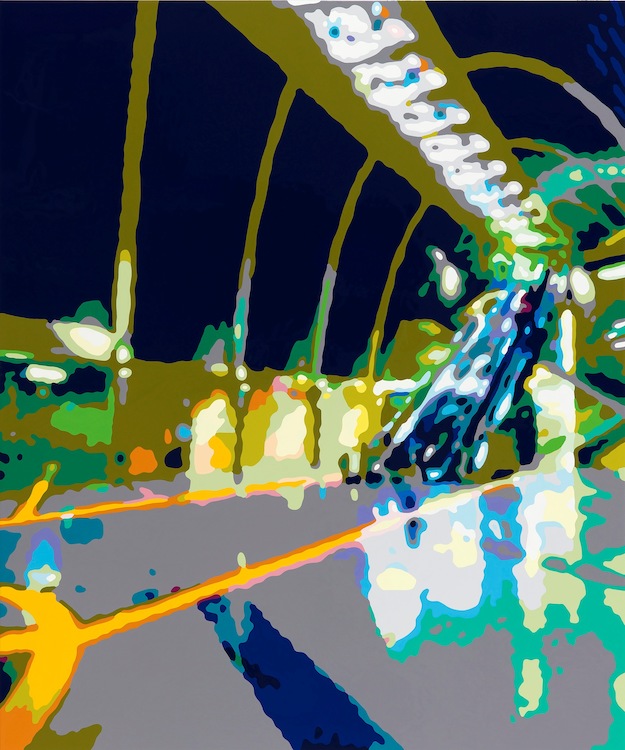 
We have just published our latest edition by Werner Berges. The title of the new silkscreen print is "Ansichtssache" (engl. = matter of opinion). Edition size is 75, silkscreen on Somerset 300 g, 80 x 60 cm. Each print is numbered, titled, signed and dated. The new print can be seen here. 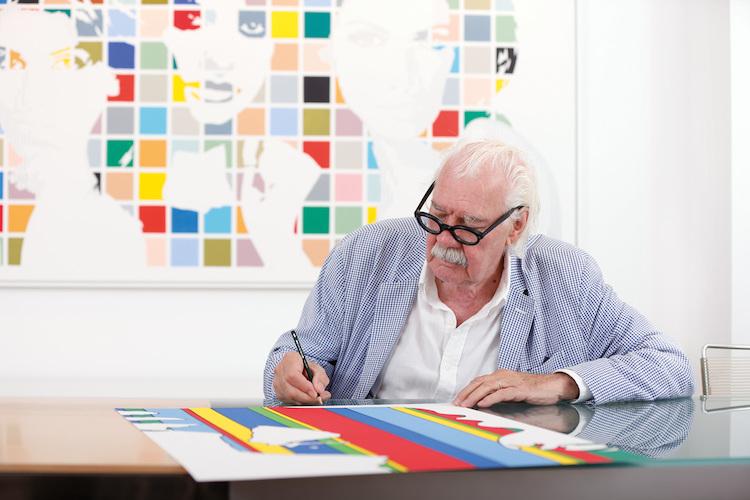 
"Existential correspondence" is the title of an exhibition to be held from October 2016 till January 2017 in the museum for contemporary art (MACS) in Sorocaba, Sao Paolo, Brazil. Works by seven artists from Frankfurt, Germany, including Albrecht Wild, will be presented. 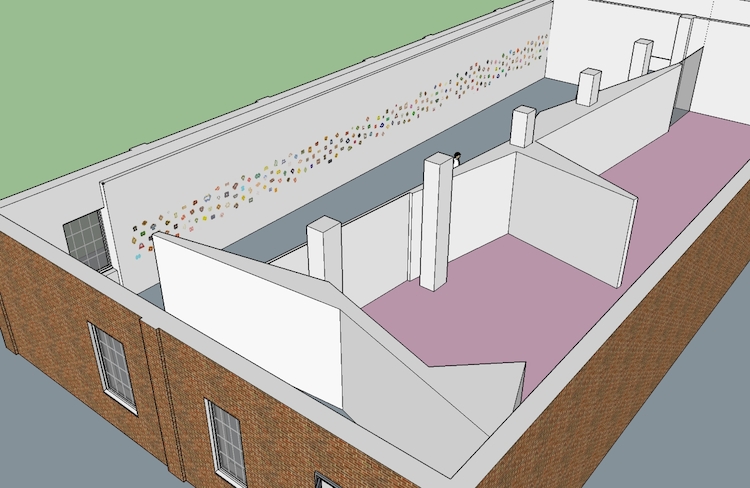 
Katharina Dietlinger has received a stipend from the Oberpfälzer Künstlerhaus for a six-week stay this coming fall at the Virginia Center for the Creative Arts (VCCA), 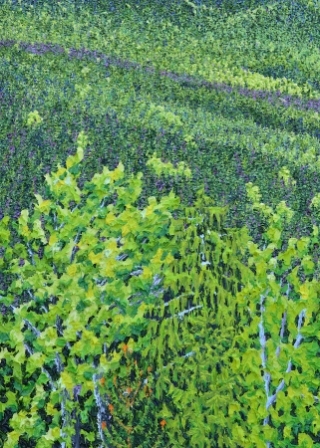 Artist Talk with Beier and Storck-Brundrett


On the occasion of the exhibition "Bilder im Schloss III" at the Castle Sulzburg an artist talk with Günter Beier and Barbara Storck-Brundrett will take place on June 12th, 2016 at 3 pm. Address: Hauptstr. 62, 79295 Sulzburg. 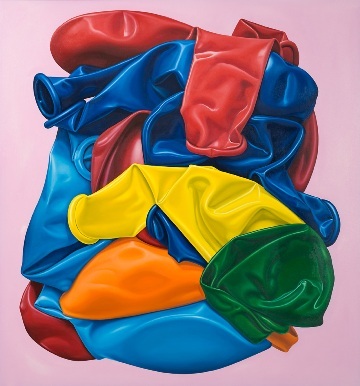 
The exhibition "Bilder im Schloss III" in the Castle Sulzburg will open on June 9th, 2016. Works by eighteen artists from the galleries Maurer, Koch-Westenhoff and DavisKlemm will be presented. Artists of DavisKlemmGallery: Thomas Baumgärtel, Günter Beier, Werner Berges, Katharina Dietlinger and Barbara Storck-Brundrett. 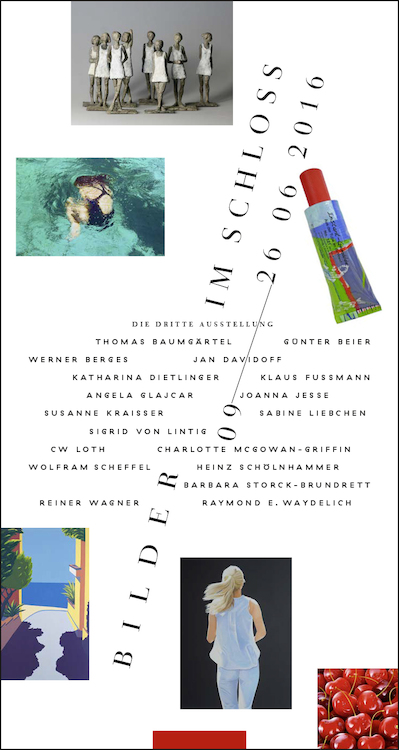 
On June 11th, 2016 the exhibition "Panta Rhei" with sculptures by Herbert Mehler and paintings by Sonja Edle von Hoessle will be opened in Nafplion in the Peloponnes. The exhibition runs till October 30th, 2016. 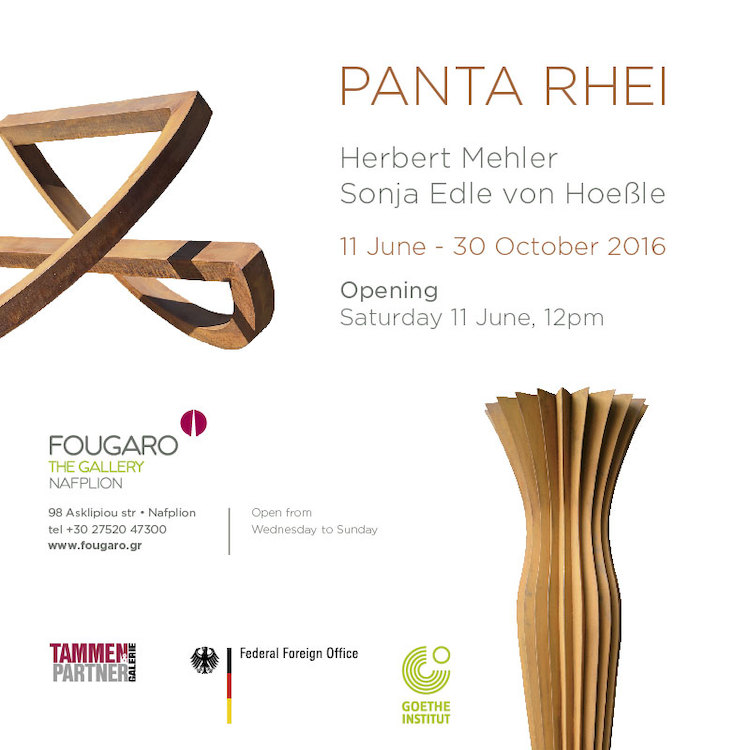 
From April 15th till May 14th, 2016, works by Steve Johnson will be shown at the Stephan Lawrence Gallery, University of Greenwich. Wall objects, such as his "Peripheral Vision #3", as well as drawings and prints will be presented. The exhibition is a two artist show including works by the Viennese architectural pratice "Eyetry". For more information please visit website. 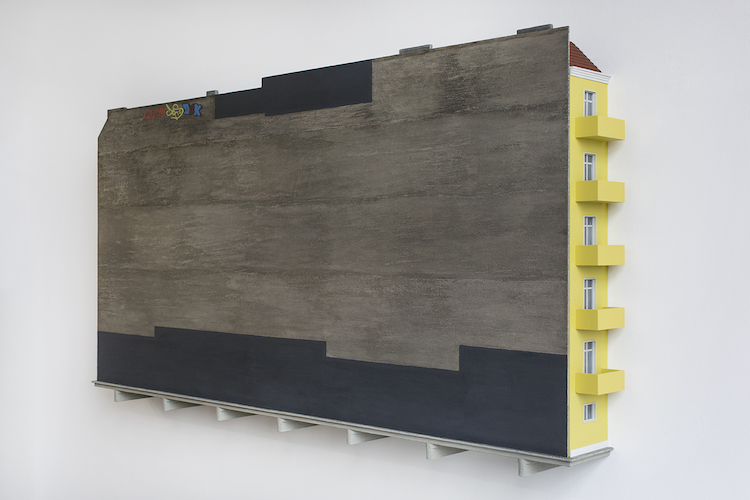 
Dirk Brömmels work from his series "kopfüber" (English: head facing down or upside-down, referring to how he takes his photographs) will be shown at the Chamber of Architects North Rhine-Westphalia in Düsseldorf April 6th thru May 15th. For more information click here.


For the first time an art exhibition will be shown in the Documentation Center of the Government Bunker near Bonn. This site, literally a concrete result of the Cold War, is the setting for the exhibition "German Unification" with works by Thomas Baumgärtel and Harald Klemm. Both artists have dealt in their artwork with the conflict between East and West and together they have created over the years a series of paintings and installations reflecting this historical occurence. The exhibition runs March 5th thru May 1st, 2016. Please click here for more information. 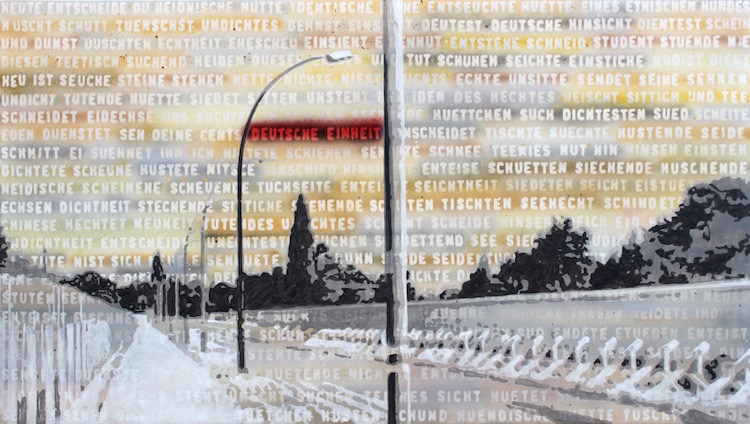 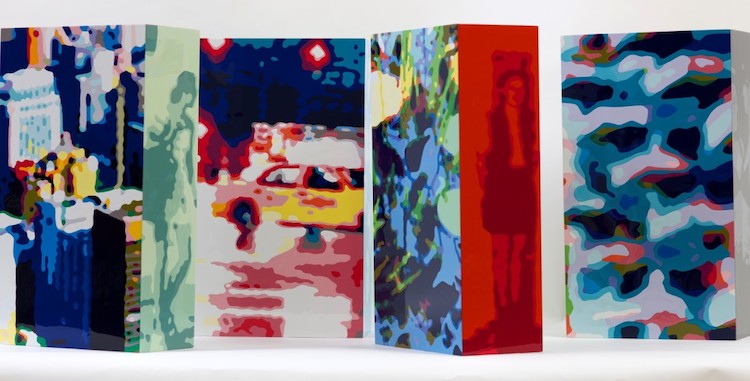 
On the occasion of the 30th anniversary of the spraybanana Brigitta Lamparth interviewed Thomas Baumgärtel, aka "the banana sprayer".Click here to read about the "restaurant critic of museums". (Article in German) 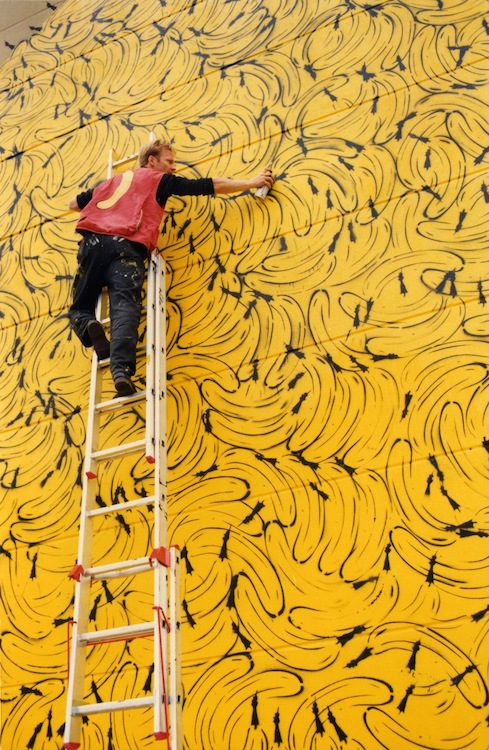 New in the new year


The DavisKlemmGallery begins the new year with new developments: a newly designed website, a new form of exhibitions and a new location that will be built this year. 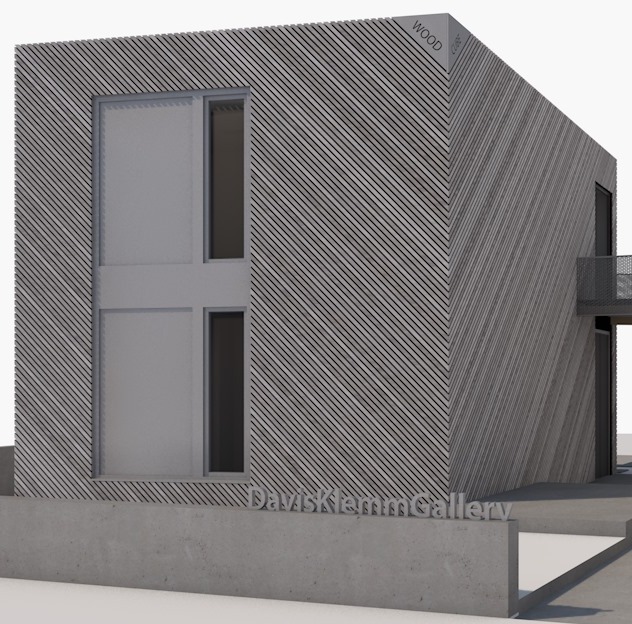