Dorothee Baer-Bogenschütz wrote a critique of the exhibition "No Fighting on Christmas. The air-conditioned nightmare". "A wonderfully concentrated show" with a "selection of works both fascinating and profound." Link to article in German here. 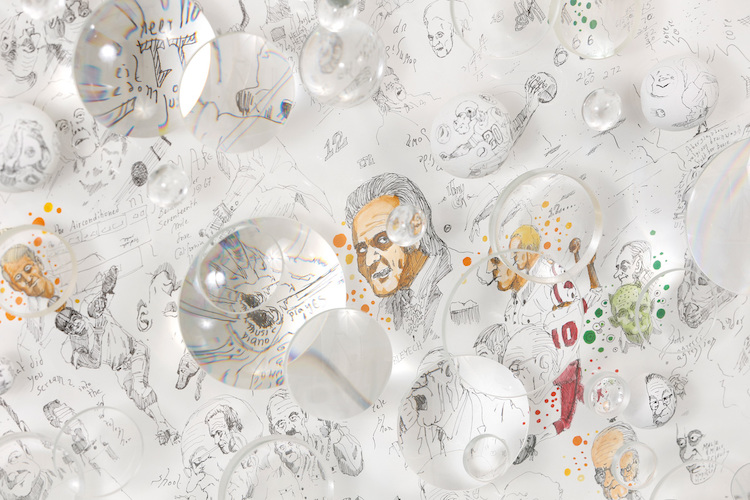 The exhibition "Mary Bauermeister: No Fighting on Chrístmas. The air-conditioned nightmare" at DavisKlemmGallery is on till February 3rd, 2018. 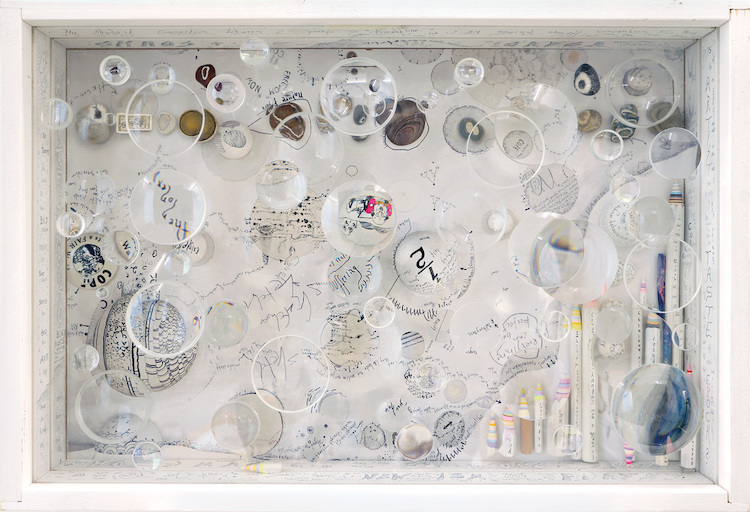 
For the tenth year in a row DavisKlemmGallery will exhibit at Art Karlsruhe. For this anniversary the gallery will present for the first time in Germany sculptures by Californian artist Bean Finneran at the sculpture space in hall 2 next to our booth. Her works will also be shown at the gallery in a solo exhibition during the summer of 2018.

Works by Salzburg artist Konrad Winter will be shown in a one-artist-show at our booth. Other artists whose works the gallery will display in Karlsruhe are: Thomas Baumgärtel, Werner Berges, Katharina Gierlach, Julian Opie, Barbara Storck-Brundrett and Albrecht Wild. 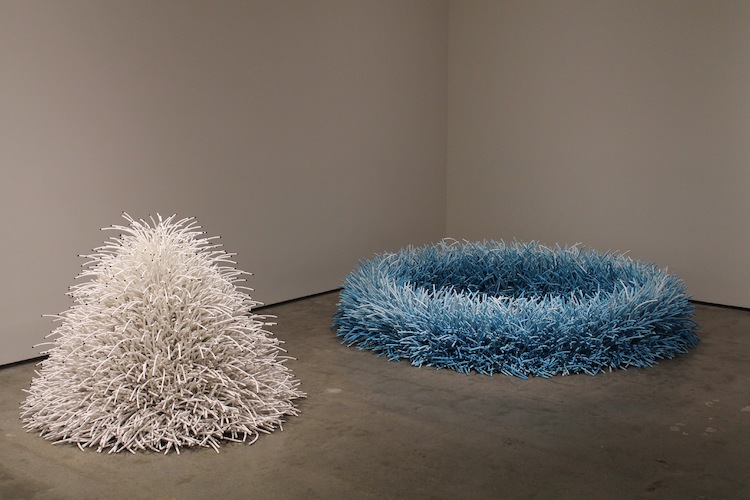 We mourn the loss of Werner Berges


We deeply mourn the loss of our friend and artist Werner Berges. He passed away at home on October 26th, 2017 at the age of 75. Our thoughts are with his wife Annett-Maria, his daughters Amala and Leonie, his four grandchildren and all those near to him.

DavisKlemmGallery has worked with Werner Berges intensively for the past 15 years of his artistic career. Exhibitions, editions and catalogues have been the result of the cooperation. The most recent gallery exhibition with the title "Werner Berges: Then and now" was in the summer of this year and covered a time span of 50 years with works from 1967 as well as recent works from 2017.

The art critic Dorothee Baer-Bogenschütz wrote about this exhibition that Berges' commitment to an epicurean outlook on art appears to be almost rebellious these days. To date Berges successfully resisted the mainstream. "For me", he said, "making art primarily has to do with pleasure. I am a passionate painter." From this attitude his variation of the art movement known as Pop Art resulted: Berges-Pop.

Werner Berges lives on in his art. We will miss him dearly and he will not be forgotten. 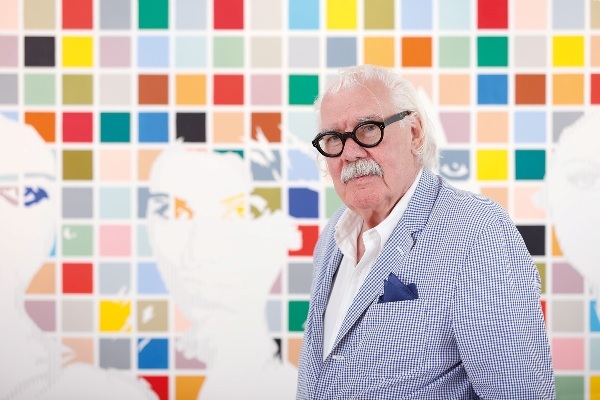 DavisKlemmGallery at Paper Positions in Munich


The art fair Paper Positions will be held in Munich for the first time. From October 26th thru 29th, 2017 exhibitiors will present in the Alte Bayerische Staatsbank artworks that are either made on or of paper or have to do with paper.
The DavisKlemmGallery will exhibit works by Werner Berges and Albrecht Wild. 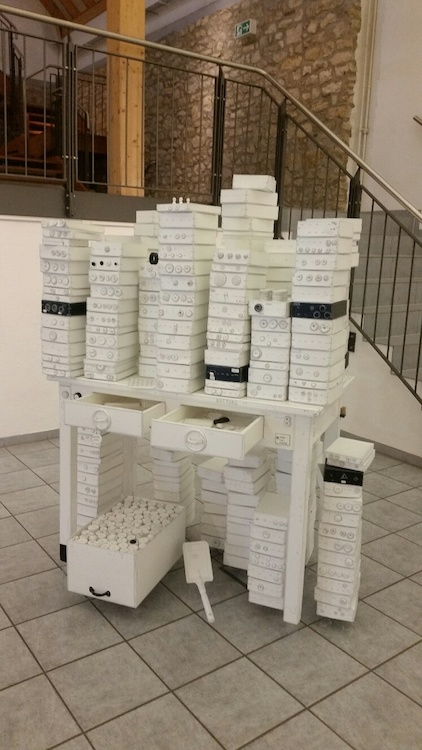 
Installations and works by our Berlin artist Marion Eichmann will be presented at Essenheimer Kunstverein from August 18th till September 10th, 2017. The opening is on Friday, August 18th at 8 pm. Max Pauer, exhibition curator and artist from Frankfurt, will hold the opening introduction. More information here. 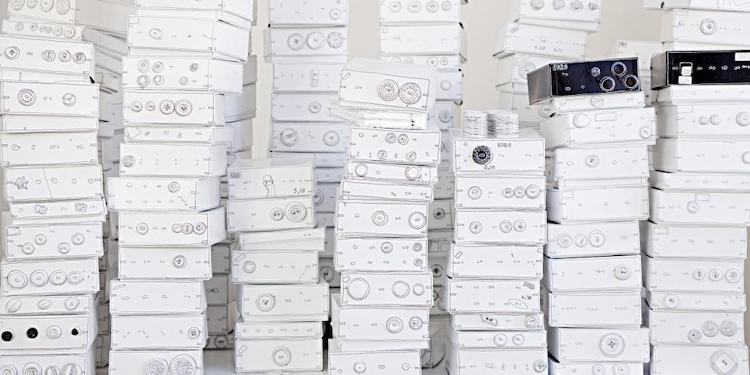 
The exhibition "Werner Berges - Pop Art" at the Augusteum in Oldenburg will be showing now till August 6th, 2017. More information here. 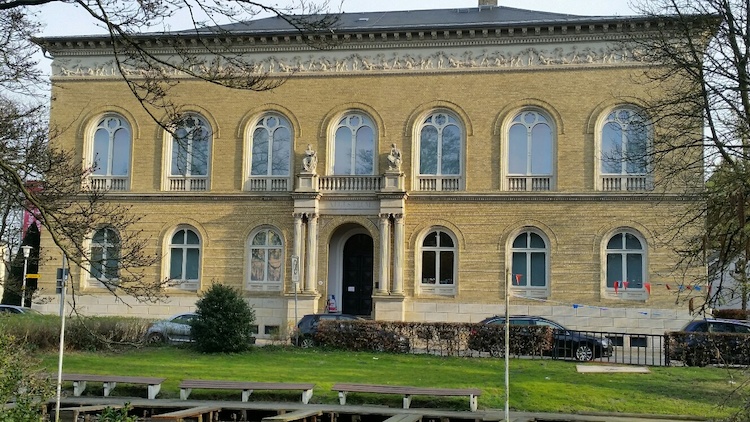 
In the June 29th issue of "Informationsdienst Kunst", the German art business newsletter published by Gabriele Lindinger and Karlheinz Schmid, is an article with the headline "Galleries experiencing a construction boom" describing how some collectors and gallery owners in the Rhine-Main-Area have recently built their own exhibition spaces - such as the DavisKlemmGallery, that has erected "a two-storey gem".

The building, with its "sophisticated facade and three meter high ceiling on the ground floor" looks "both spacious and elegant". It was a good idea, that the gallery left its former space on a main traffic artery in Wiesbaden: "now she (Erika Davis-Klemm) has fresh air and ample parking. And as a pleasant side effect, the building enhances the neighborhood". The "UFO for art" is "seen as an enrichment, and quite rightly so". 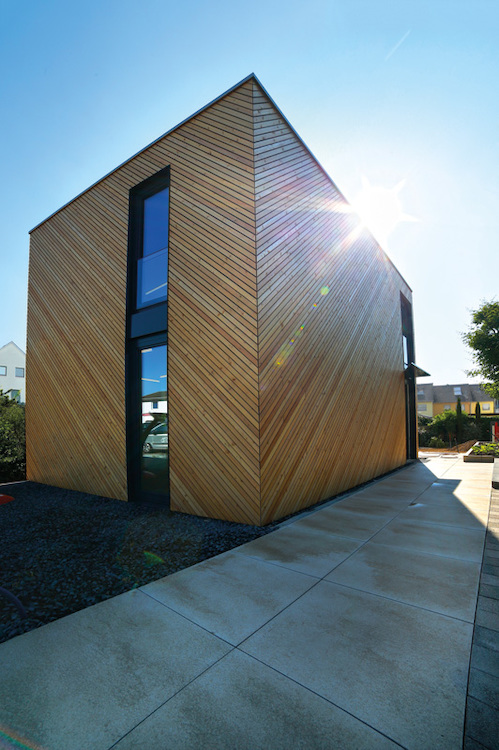 "Bread and Games" at Kunstforum Montafon


The exhibition "Brot und Spiele" (bread and games) at Kunstforum Montafon with works among others by Konrad Winter can be senn till August 12th, 2017. Link to article about the exhibition (in German). 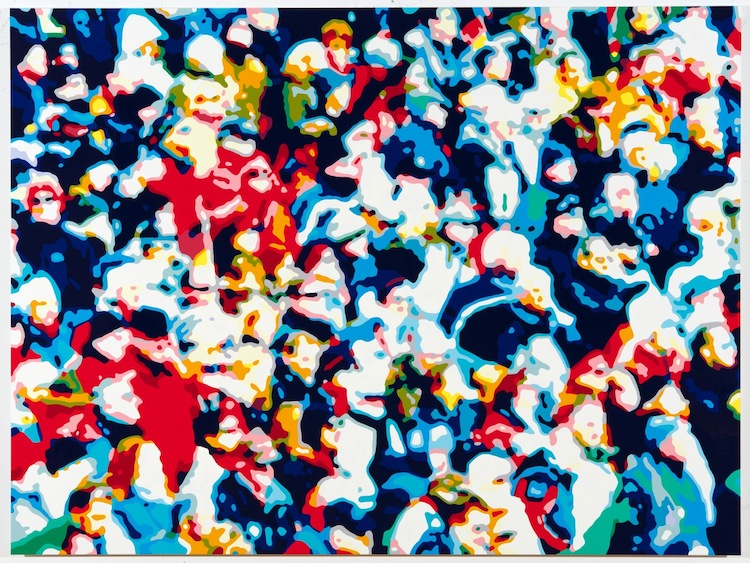 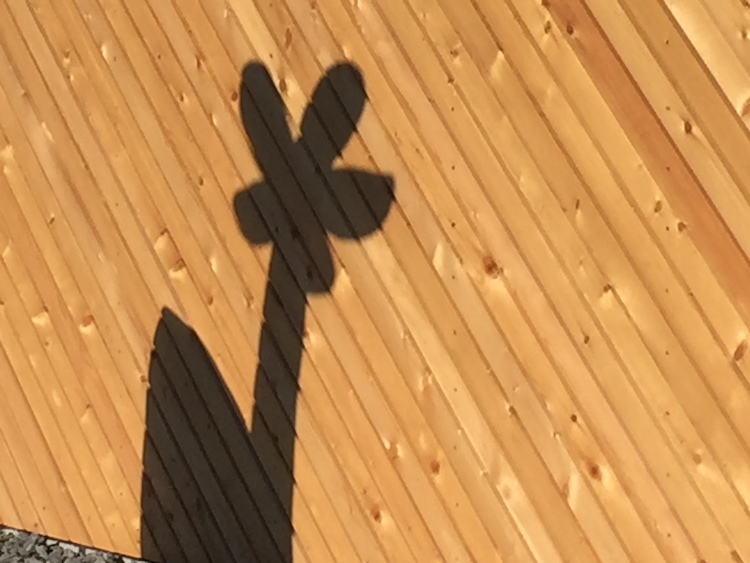 
From June 23rd thru August 12th, 2017 Kunstforum Montafon in Schruns, Austria, presents the exhibition "Brot & Spiele" (Bread & Games) with works among other by our artist Konrad Winter. More information here. 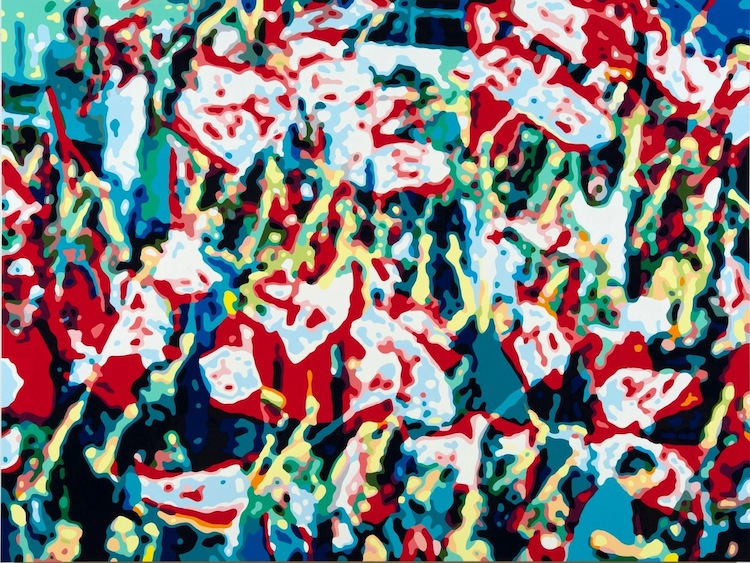 
Interview (in English) with Kristian Jarmuschek about the new art fair "Paper Positions" in Berlin. Link to taz. 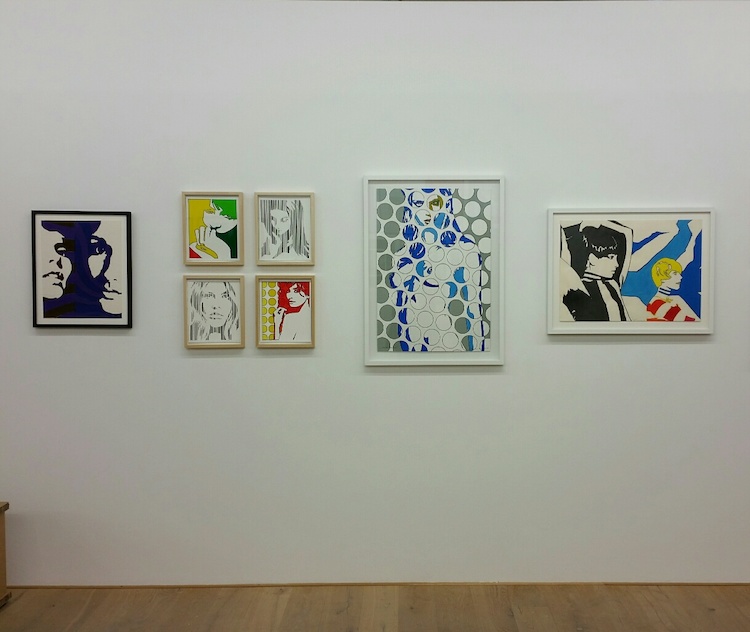 Werner Berges in the Berlin Tagesspiegel


DavisKlemmGallery exhibited at the new art fair "Paper Positions" in Berlin, that took place parallel to the Berlin Gallery Weekend. The drawing "Die Beiden" from Werner Berges, that he drew fifty years ago in 1967 while living in Berlin, appeared in the Berlin Tagesspiegel. Link to article. 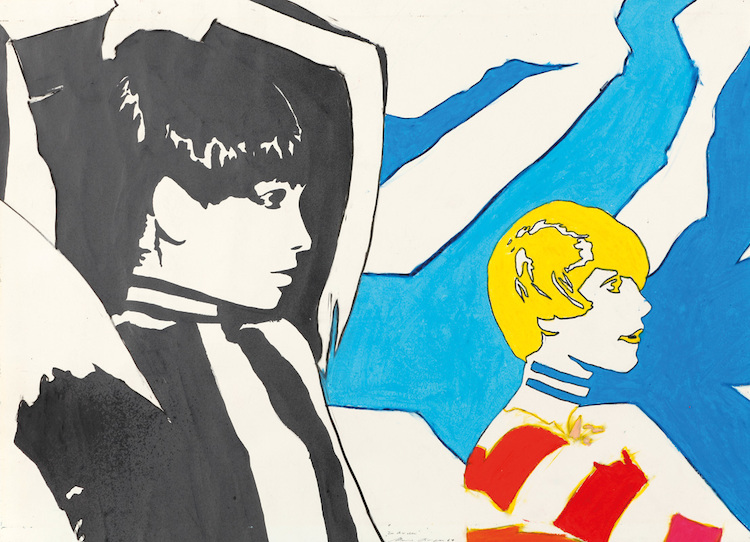 
The radio interview (in German) with Thomas Baumgärtel on the occasion of the opening of the 4th UrbanArt Biennale in the World Cultural Heritage Site Völklinger Hütte can be heard here. 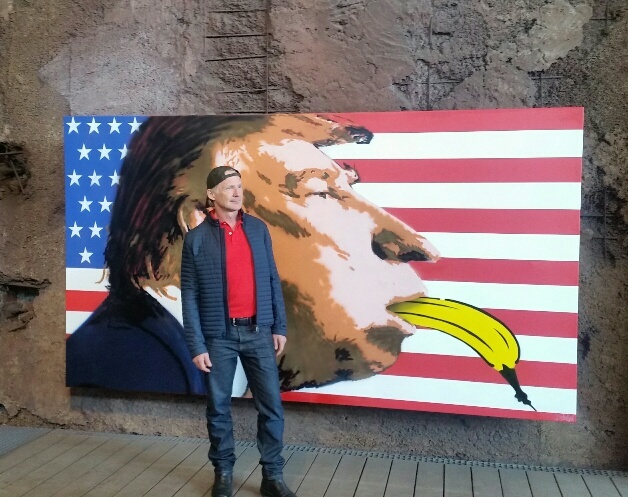 
Link to Tagesschau news report on the 4th UrbanArt Biennale. 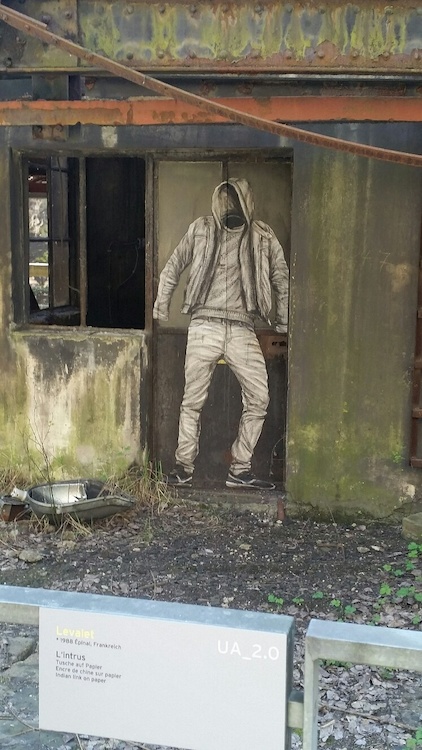 Architecture as Metaphor - review of the exhibition in London


The exhibition "Architecture as Metaphor" at Griffin Gallery in London curated by our artist Steve Johnson together with Griffin Gallery's Bella Pecca-Fry is receiving much attention and positive reviews, such as this article by Veronica Simpson for Studio International. 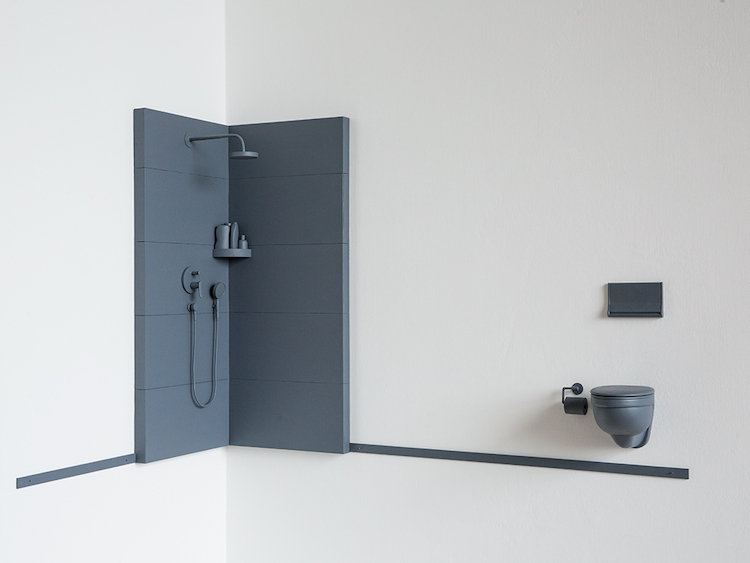 
The fourth UrbanArt Biennale starts April 9th, 2017 at the world heritage site Völklinger Ironworks. 150 works of art by 100 artists from 17 countries and four continents will be presented on a course 100 000 square meters in size. Among the artists in this exhibition is our artist Thomas Baumgärtel, whose painting "USAPE" was censored by Twitter.
More about the exhibition here. 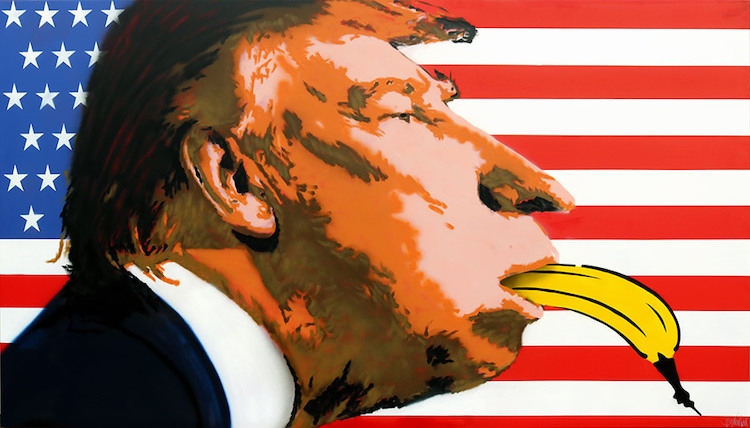 
Marion Eichmann has a solo exhibition at Marburger Kunstverein from April 7th thru May 25th, 2017. Among the works presented will be her latest installation: "Laundromat". More infos here. 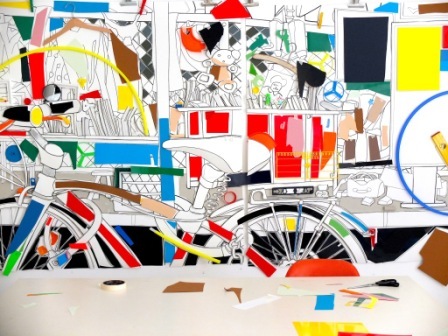 Werner Berges at the Augusteum in Oldenburg


The Landesmuseum für Kunst und Kulturgeschichte at the Augusteum in Oldenburg presents the exhibition "Werner Berges - Pop Art" from April 1st thru July 9th, 2017. Born in 1941 in Cloppenburg in Northern Germany, Werner Berges developed his distinctive style in the 1960's. Works from the 60's and 70's are the focus of this show. More infos here. 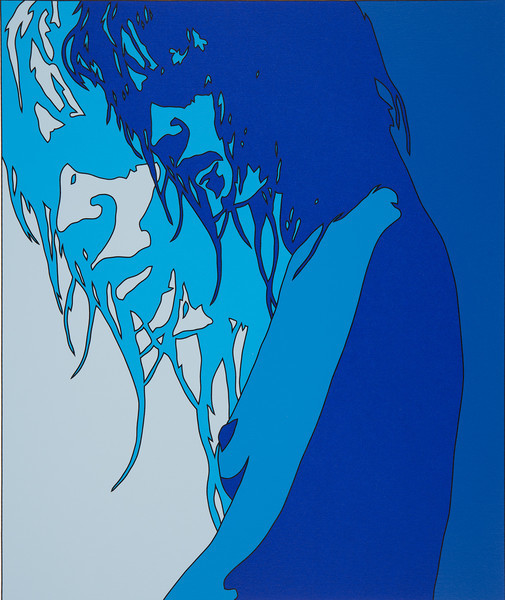 
The group exhibition "architecture as metaphor" can be seen March 9th thru April 21st, 2017 at Griffin Gallery. The show is curated by the London-based artist Steve Johnson in collaboration with Griffin gallery director Becca Pelly-Fry. Works included among others by Phyllida Barlow, Michael Craig-Martin, Richard Deacon and Mrdjan Bajic, Steve Johnson, Richard Wentworth and Rachel Whiteread. 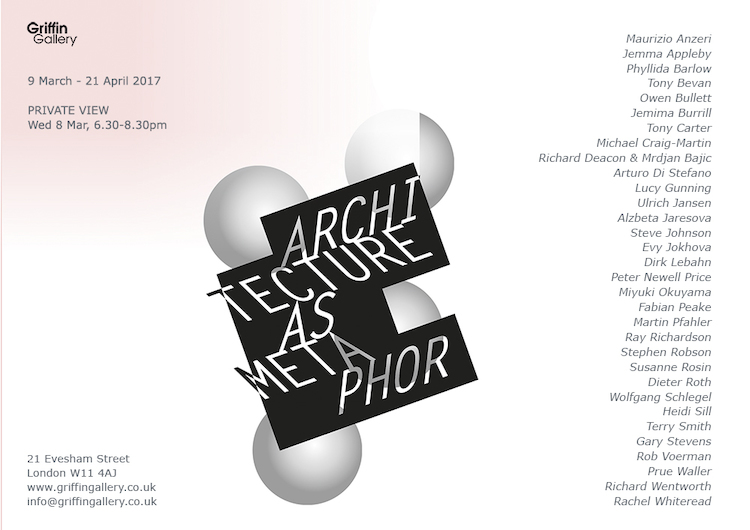 
The installation "Laundromat" by our artist Marion Eichmann presented by Galerie Tammen & Partner at Art Karlsruhe received positive recognition by both visitors and the press (see article in the FAZ from February 18, 2017). Our photo shows a glimpse in her studio last December while she was working on her paper "washing machines". 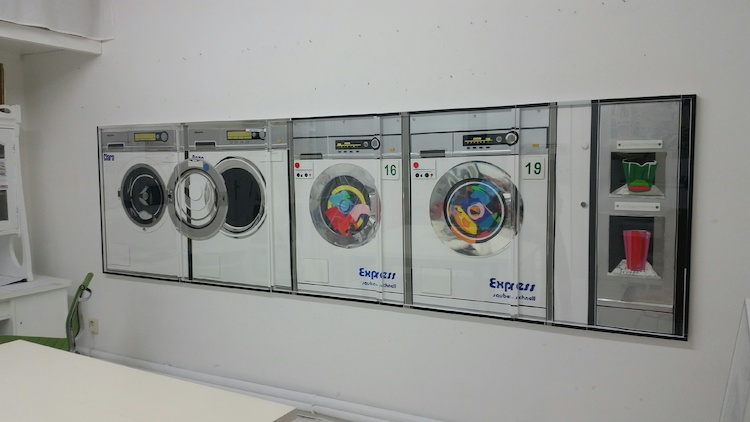 
On February 16th a podium discussion on the topic "painting in political times" will be held at the art fair in Karlsruhe. Thomas Baumgärtel, who has been commenting on politics, local, national and international news events in his art for the past 30 years, will be one of the speakers. The discussion will be moderated by art journalist Carl Friedrich Schröer.
ARTIMA art meeting, February 16th, 2017, 2:00 pm in hall 4 at Art Karlsruhe. 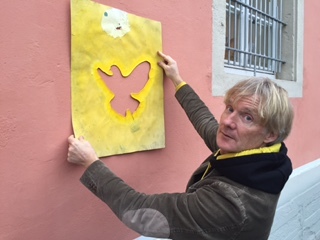 
The year 2017 has started with the turning of the sod for the new building for the DavisKlemmGallery. 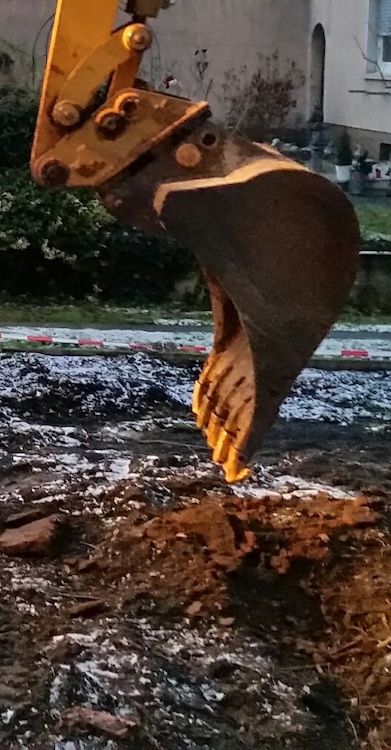